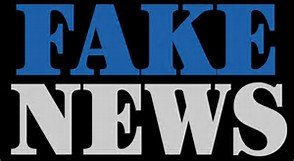 Public Relations in the Age of Fake News

Over the last 20 years, when I have told people that Public Relations is my business, I have often gotten a response like. “Oh, you are the spin guys.” This has always bothered me because I have always worked with people who would never compromise the truth on behalf of a client.

I have not only worked with ethical people, but I also have worked with smart people. You see, once the media finds out they have been lied to by us to further a client’s agenda, we would likely be burning a bridge for that client and our agency for a lifetime.

In fact, we have always been partners in truth with the media. Of course, we will always present the benefits of our client’s products or services in their best light. However, lies are out of the question at least for me and the people with whom I work.

Why is it that now we mistrust the media? Well, first of all, we have been told to mistrust the media by those who do not like the truths they tell. But it’s more than that. We have actually seen lies from disreputable fake news sites determined to push a particular position without regard to the truth. Some in fact knowingly and deliberately disregard the truth. The thinking here is that people don’t really want the truth, they simply want support for their existing beliefs. I have a higher regard for mankind.

Being in the public relations business, I still, for the most part, trust the mainstream media. I know they get it wrong from time to time, and they may have a bias in the stories they choose to report, but I am always reminded of what may have been the biggest scandal in the history of reporting.

In 1980, Washington Post reporter Janet Cooke wrote a Pulitzer-prize winning series about an eight-year-old heroin addict named Jimmy. The problem was, there was no Jimmy. It was a complete fabrication. Cooke resigned, and the Pulitzer was returned.

Just last month, three CNN journalists resigned after a story ran about Congress investigating a Russia investment firm with ties to the Trump Administration. This story was not true and was retracted.

The point is there are rare exceptions to the norm when mainstream media are implicit with fake news. But the result is usually a quick firing or forced resignation as in the two cases above.

I do believe that there are such things as facts, research, learned opinions, credible sources, reporters who will write the truth and editors and publishers who will print and air it. I am also a big fan of fact checking sites on the Internet such as snopes.com, politifact.com and factcheck.org. Sites like these not only call out blatant lies, but also explain a bit about misleading truths. We all have to learn how to appreciate the difference between the news we want to hear and the news we need to hear.

Facebook and other social media platforms have been rightfully implicated for the viral spread of fake news, and they have pledged to monitor more rigorously and ban fake news sites from using their ad services. This will, of course, be a difficult but worthwhile task.

For our part, we will stick to representing only those clients who are honest with us about their products and services. We will promote only the facts that our own research and verification tells us is true. That is in our “truth” contract with our clients and is essential to keeping the public relations and marketing communications communities viable and thriving.